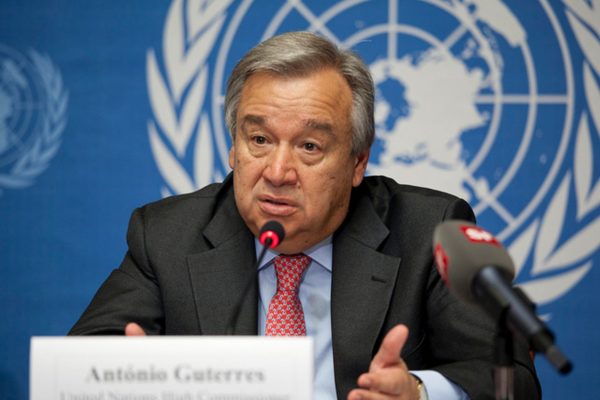 It’s official: UN Secretary General Antonio Guterres will travel to Beijing for the 2022 Winter Games. The Portuguese leader announced himself on Thursday 13 January that he would attend the opening ceremony on Friday 4 February at Beijing’s Olympic Stadium. The Olympic Games are an extremely important event, an event that symbolises the role of sport in bringing people together and promoting peace,” Guterres told the media. It is in this strict context and without any political dimension that I intend to be present at the opening – with the message that the Olympic Games must be an instrument for Peace in the world. So far, four countries have announced their decision not to send an official delegation to the Beijing Games as a diplomatic boycott: the United States, Canada, Great Britain and Australia. Japan, Austria and New Zealand have also indicated that they will not be represented by any political leaders, but they have not joined the diplomatic boycott. The ranks of confirmed attendees are still thin. But Russian President Vladimir Putin has announced his presence. He is the personal guest of Chinese President Xi Jinping.