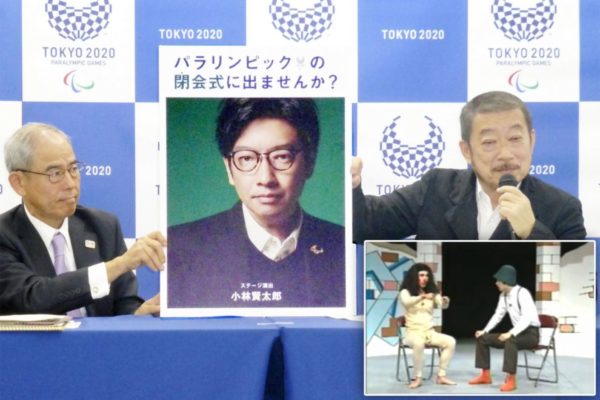 On the eve of the opening ceremony, the controversy still does not spare Tokyo Games’ organizers. It even speeds up, but for once leaves the sanitary ground. The artistic director of the opening ceremony, former Japanese actor Kentaro Kobayashia, was dismissed with immediate effect for facts going back to more than twenty years. “We learned that during a past artistic performance, he had used mocking language about a tragic historical fact,” explained the president of the organizing committee, Seiko Hashimoto. The art performance in question took place in 1998. Kentaro Kobayashia, a young actor at the time, was hosting a children’s TV show as a duo. While pretending to imagine a craft activity where he would create and install small paper dolls, he said to his partner: “The ones from the last time when you said: Let’s play Holocaust”. The story had been forgotten by everyone, but it has just surfaced on the Internet. Published on social networks, the archive video has gone viral in Japan, to the point of forcing the Games’ organizers to fire the director of the opening ceremony, just one day before the event. “We are reviewing the whole (ceremony) and we will quickly discuss how to organize it. We would like to reach a conclusion as soon as possible,” said Seiko Hashimoto during a press conference. Kentaro Kobayashia, for his part, issued a statement apologizing for the “extremely inappropriate” remarks of his former sketch.