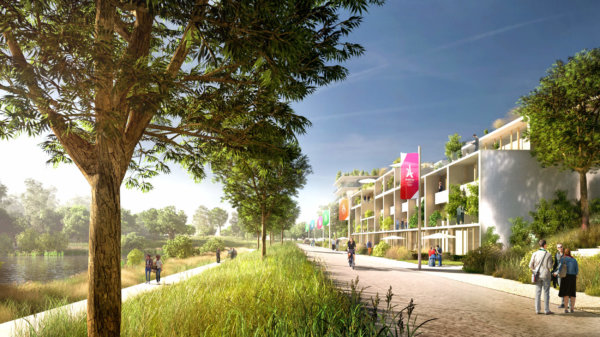 A puzzle in sight in the preparation of the Paris 2024 Games. The AFP reveals that the Administrative Court of Paris has rendered its decision on the thorny issue of the construction of the media village, planned for part of the departmental park Georges-Valbon in Seine-Saint-Denis. It suspended part of the environmental authorisation issued in November 2020 by the prefect of Seine-Saint-Denis. The administrative justice order states it without ambiguity: SOLIDEO (the Olympic Works Delivery Company) must “instruct its co-contractors so that they cease all work“. The soap opera continues, therefore. And, with it, the delays in the construction schedule of the housing complex. Two associations, the local branch of the National Movement for the Fight for the Environment (MNLE 93), and the Collectif pour le Triangle de Gonesse, filed in February a new appeal against the project before the Administrative Court of Appeal of Paris. They had doubled this procedure with a summary suspension, approved on Tuesday, April 6th, by a summary judge. The latter considered that the prefectural decree referred to does not meet the provisions of the Environmental Code as it stands. The Paris 2024 Games media village, planned to house up to 2 000 journalists and technicians, is to be built in the Aire des Vents area, in the town of Dugny, in Seine-Saint-Denis. It will then be converted into housing as part of an “eco-district”.