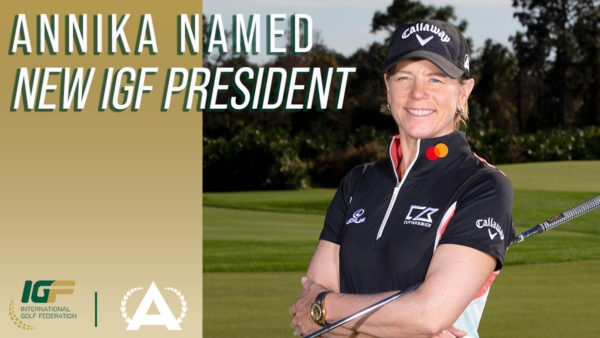 Historical. After the Spaniard Marisol Casado (World Triathlon), a second woman has assumed the presidency of an international summer Olympic sport federation. Former Swedish player Annika Sorenstam, 50, was elected president of the International Golf Federation (IGF) on Thursday. She succeeds the Briton Peter Dawson, her elder by 20 years, who had decided not to seek a new mandate after ten years at the head of the international body. Annika Sorenstam, winner of 72 tournaments on the LPGA Tour and former world number 1, will take office on January 1. She was elected president during a virtual meeting of the IGF board. “The return of golf to the Olympics has meant a lot to me and to our sport”, said the Swede, known to have been one of the most influential ambassadors of the discipline’s return to the Rio 2016 Games. “I can’t wait to work with our board of directors, with the IOC and with the governing bodies of golf to continue to develop this game on a global level”.