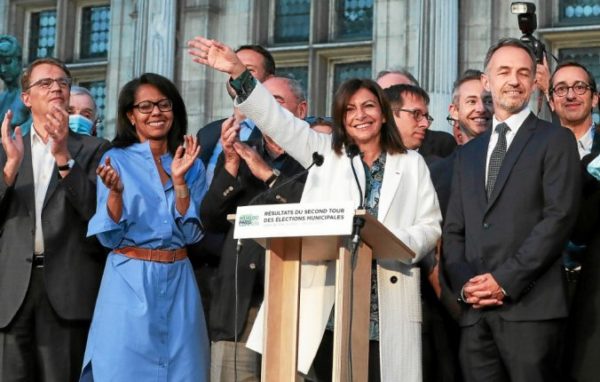 Discrete on the issue of the Paris 2024 Games for several months, Anne Hidalgo took advantage of an interview on RMC on Wednesday, March 31st, to express her confidence in the preparation of the event. “We are on time with the construction of the Olympic village and the infrastructure necessary to host the Games“, assured the mayor of the French capital. “More than 10 000 jobs will start, particularly in the construction sector, such as on Saint-Denis Island, where the athletes’ village will be built. The Olympic and Paralympic Games will be the first major global post-covid event. They will be a significant element in the economic recovery of Paris, the Ile-de-France and France”. The same optimism on the question of marketing, despite a schedule of announcements of new private partners very slowed down by the health crisis. “The private partners part is managed by Tony Estanguet, the chairman of the organizing committee”, explained Anne Hidalgo. “They are at more than 50% of their work and their forecasts in terms of private partners. I am not worried about it. The acceleration will be after August. On August 8th, I will go to a stadium in Tokyo to receive the flag from the governor’s hands for the Paris 2024 Games. There will be an acceleration. We are in the right timing with regard to the private contributions, they will arrive”. Just over three years from the event, the OCOG currently has three premium partners (BPCE, EDF and Orange), and two official sponsors (FDJ and Le Coq Sportif).