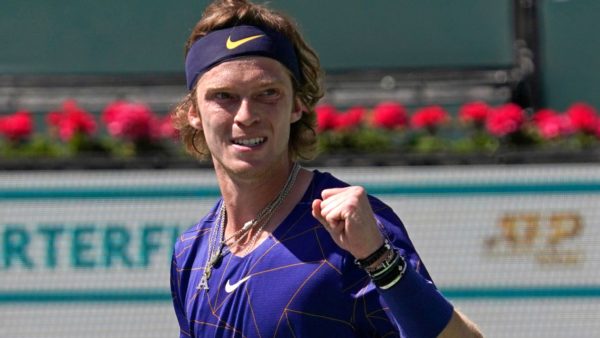 Predictable. Reactions are multiplying in the tennis world after the decision of the Wimbledon tournament organisers to ban Russian and Belarusian players from the 2022 edition (27 June to 10 July). The Russian Andrey Rublev (pictured above), currently number 8 in the world, was the first to be affected and said the exclusion was “totally discriminatory”. Currently in Belgrade, where he is playing in an ATP 250 tournament, the player insisted: “To give all the prize money to humanitarian help, to the families who are suffering, to the kids who are suffering, I think that would do something, at least a bit.Tennis will, in that case, be the first and only sport who donates that amount of money and it will be Wimbledon so they will take all the glory.” Not wrong. The Belarusian Tennis Federation (FBT) issued a statement on Thursday, 21 April, in which it “categorically condemns the decision of the Wimbledon organisers to suspend Belarusian and Russian players. Such destructive actions do not contribute to a resolution of conflicts, but only incite hatred and intolerance on a national basis.” The body added that it was working with international law firms to determine the best strategy to “protect, above all, Belarusian tennis players worldwide”.