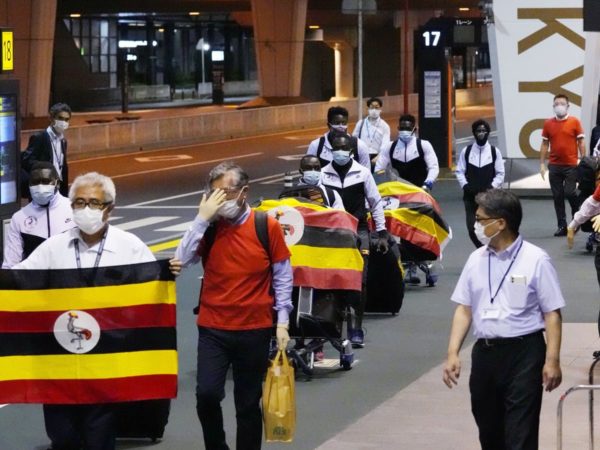 The story is not trivial. Affected twice by COVID-19 cases since its arrival in Japan, the Ugandan delegation is making Tokyo Games’ news today with the defection of one of its athletes. Julius Ssekitoleko, a weightlifter who arrived in Japan with the first athletes of Uganda, disappeared last Friday from his hotel in the city of Izumisano, Osaka Prefecture, his team’s base camp before the Games. He left a note in his room where he explained that he wanted to stay working in Japan and not return to the “difficult life” in Uganda. But according to a police source, he has been identified by a surveillance camera at the Nagoya train station, about 200 kilometers from his delegation’s hotel. The 20-year-old weightlifter had not been selected for the Olympic competition after a final test in Japan. He was to return to Uganda this week with his coach. He reportedly bought a high speed train (shinkansen) ticket for Nagoya on Friday morning. He has his cell phone, but his passport was kept by the Ugandan team. Nagoya, capital of Aichi Prefecture, is home to the second largest Ugandan community in Japan. The note he left behind also asked members of the delegation to hand over his belongings to his wife back in Uganda.