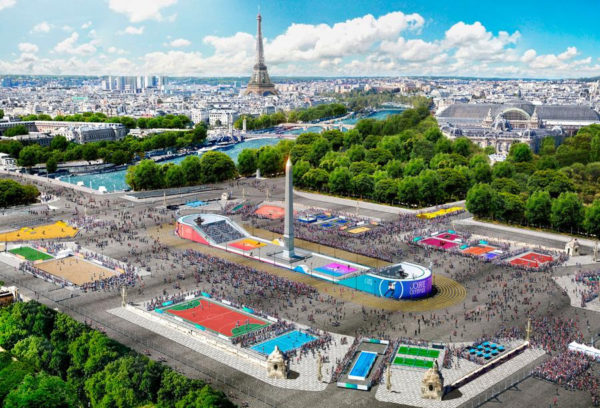 Paris 2024 wants to make a double move. Its latest idea: to organise the opening ceremony of the Paralympic Games, on Wednesday 28 August 2024, on the Place de la Concorde. The largest square in Paris, a stone’s throw from the Champs-Elysées avenue. The project was presented on Thursday 23 June to the OCOG Executive Board. It will be proposed to the Board of Directors on 12 July for possible validation. The Parisian organisers want to hold a second ceremony outside the stadium, after having decided to organise the opening of the Olympic Games on the Seine. “This scenario demonstrates Paris 2024’s very strong ambition for the Paralympic Games, and the desire to offer the Paralympic athletes a unique showcase, explains the OCOG in a statement. It would also allow the pooling of the facilities used on this site for the Olympic Games for the BMX freestyle, skateboarding, breaking and 3×3 basketball events.” However, it will not be as big as the opening ceremony of the Olympic Games, where the capacity of the audience has been set at around 600,000 people. According to the organisers, the configuration of the Place de la Concorde, where three stages will be set up, will allow for 30,000 spectators. For the two closing ceremonies, Olympic on Sunday 11 August and Paralympic on Sunday 8 September, the scenario is more traditional. They will be held at the Stade de France, in Seine-Saint-Denis.