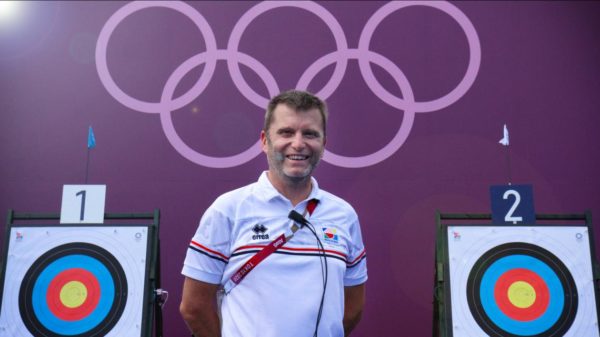 The Paris 2024 OCOG has a new Olympic champion on its payroll. Sébastien Flûte, gold medallist in individual archery at the Barcelona Games in 1992, has joined the adventure. He has just taken up his position as sports director for archery within the organising committee. The Frenchman was already operations delegate for World Archery, the world body for the discipline, at the Tokyo 2020 Games, a mission that kept him busy for two years. Retired from competitions since the end of the Sydney 2000 Games, his third as an archer, with a brief return to try to qualify for the London 2012 Games, Sébastien Flûte has multiplied his professional activities. He has twice launched a line of bows, tried his hand at coaching and worked in the event industry. Since 2007 he has been employed by A.S.O, the French company in charge of the Tour de France, the Paris Marathon and the Dakar Rally, among others.