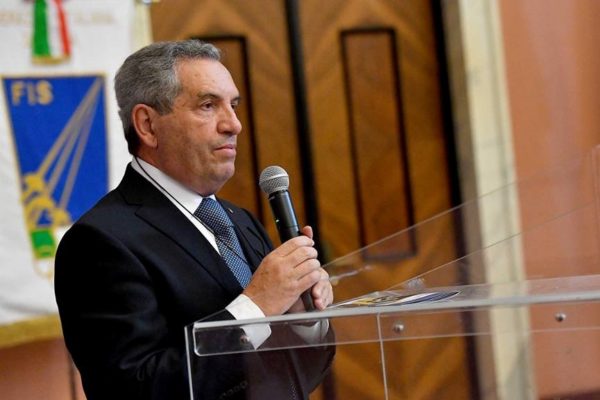 European fencing goes under the Italian flag. At an extraordinary congress in Vienna, the European Fencing Confederation (EFC) appointed Giorgio Scarso (photo above) to take the presidential chair. Honorary President of the Italian Federation, he was preferred to the Icelandic Nikolay Mateev (24 votes against 20) to succeed the Russian Stanislav Pozdnyakov, who was forced to hand over the keys of his office because of the conflict in Ukraine. A third candidate was initially in the running, Pascal Tesch from Luxembourg, but he finally withdrew before the vote. In the meantime, the EFC convened its executive board. It appointed Dutchman Etienne van Cann as vice-president, Pole Jacek Slupski as secretary general and Irishwoman Nuala McGarrity as treasurer.