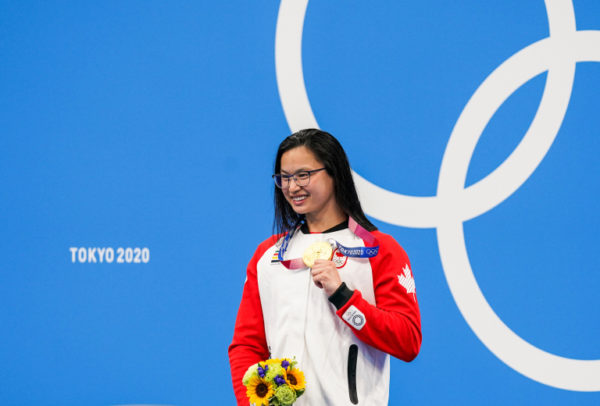 The ceremony has become traditional. The Association of National Olympic Committees (ANOC) took advantage of its annual general meeting, held last weekend in Crete, to award its trophies for the year 2021. First awarded in 2014, they are now awarded after each edition of the Olympic Games. The 2021 winners’ list is not short of surprises, notably for the award for the best female athlete of the Tokyo 2020 Games, for which ANOC chose Canadian swimmer Maggie Mac Neil (photo above). In her first Games appearance, the 21-year-old student won gold in the 100m butterfly, silver in the 4×100m relay and bronze in the 4×100m medley. The choice was more expected in the men’s event, where ANOC rewarded Kenyan Eliud Kipchoge, Olympic marathon champion. The trophies for the best teams of the year were rewarded, in team sports, to the New Zealand women’s rugby 7s team and the Japanese men’s baseball team. In the individual team disciplines, the awards went to Estonia in fencing and Italy in pursuit. Japan was logically chosen in the “Best performance by a National Olympic Committee” category. Finally, the “Outstanding Performance” trophy was awarded to Cuban wrestler Mijain Lopez, who won his fourth consecutive Olympic gold medal at the Tokyo Games.