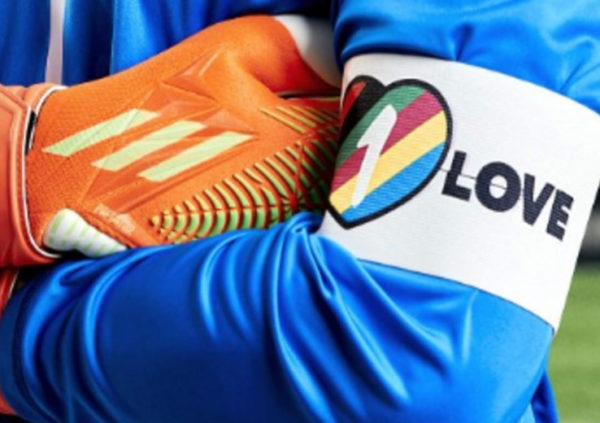 With less than 100 days to go until the 2022 World Cup in Qatar, the mobilisation is underway. The captains of eight European teams will wear armbands with coloured stripes, symbolising the fight for inclusion and against discrimination. The “One Love” campaign kicks off this week with the Nations League matches. It brings together France, the World Cup holders, Germany, England, the Netherlands, Wales, Belgium, Denmark, Switzerland, Norway and Sweden (the latter two countries have not qualified for the World Cup in Qatar). France defender Raphael Varane, who has been appointed interim captain in the absence of injured goalkeeper Hugo Lloris, said: “It’s an initiative of various European federations, so tomorrow (Thursday 22 September) I’ll be wearing a slightly different armband against Austria, a symbol. For me, it’s an honour to defend certain values, so it won’t be a problem.” The German FA said in a statement that the initiative came from a UEFA working group tasked with investigating “labour and human rights issues in Qatar up to the 2022 World Cup“. Germany’s captain, goalkeeper Manuel Neuer, said: “No matter where we come from, what we look like or who we love, football must be there for all those who feel discriminated against and rejected.”