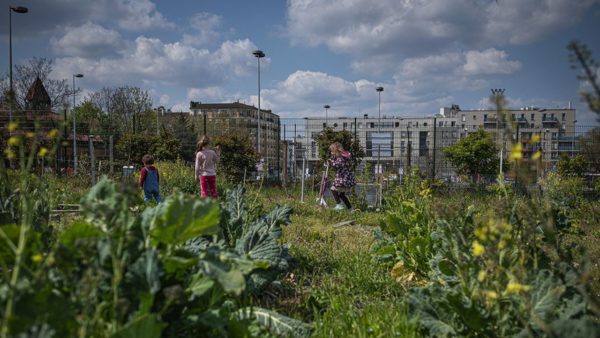 The Paris Administrative Court of Appeal is still ruling on the disputes surrounding the Paris 2024 Olympic and Paralympic Games. After the case of the media village, which was apparently closed but is still being contested, the Court was referred to on Wednesday, September 15th, by opponents of the construction of a training pool in Aubervilliers (Seine-Saint-Denis). Five applicants (three gardeners and two environmental associations) have taken the case to court in an attempt to prevent a project which, they argue, is cutting into the town’s historic allotments. According to their lawyer, the construction of the Olympic facility on the allotments would lead to a “rupture of the ecological corridor”. The hearing took place two weeks after the forced evacuation of a group of environmental activists who had been occupying the site for four months. In the opposing camp, the lawyer for the city of Aubervilliers patiently tried to demonstrate that the swimming pool project was in fact planned for an area that had already been largely artificialised, including a bus station and a car park, in addition to the gardens. “It is not the water sports centre that will fundamentally degrade the situation,” he suggested, insisting on the importance of making up for the lack of swimming pools in the Seine-Saint-Denis department. The Vertus allotments, a century-old area of 2.5 hectares, are to be cut back by 4,000 m2 for the construction of the training pool. Most of the gardeners concerned have already been relocated to other neighbouring plots. The decision of the administrative court will be made by Monday, September 20th, at the latest.