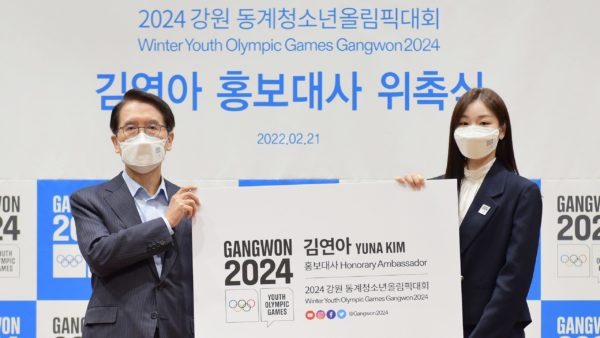 With two years to go before the event, the 2024 Winter Youth Games in Gangwon, South Korea, have just acquired an ambassador. Yuan Kim (pictured above, right), 31, a double Olympic medallist in figure skating (gold in Vancouver 2010, silver in Sochi 2014), will promote the upcoming YOG, both in South Korea and around the world. According to the IOC, the appointment “symbolically marks the handover from the Olympic Games to the Youth Olympic Games YOG, the next Olympic event on calendar, and the launch of promotional activities to engage with Korean young people.” The Gangwon YOG is scheduled to take place from 19 January to 1 February 2024. Yuan Kim knows the role of Olympic ambassador inside out. The South Korean was already chosen for the same role at the first Winter YOG, held in Innsbruck in 2012. She was also an ambassador for the PyeongChang 2018 Olympic Winter Games.