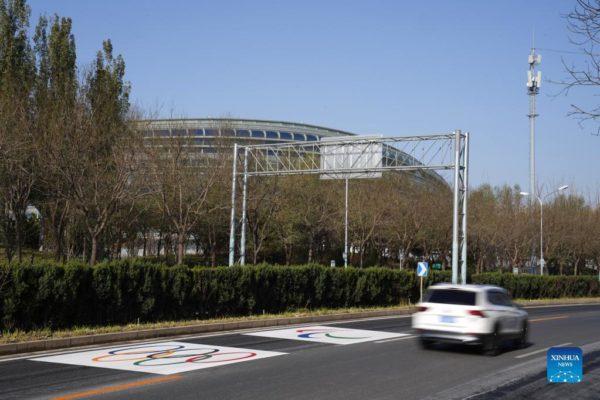 As we knew, China has made big plans for the Beijing 2022 Winter Games. The Beijing Municipal Transport Commission (BMCT) revealed on Tuesday 23 November that Olympic lanes would be put in place for the event over a total cumulative length of 271.8 km. They will be reserved for accredited vehicles, primarily shuttles carrying athletes, media and the Olympic family. They will cover the main roads and highways linking the airports and Olympic venues. The first Olympic lanes have already been marked in central Beijing with the Paralympic rings and agitos (pictured above). The entire dedicated network should be marked in the same way by the end of the year. But the lanes will not be in use until the traffic management notice is published, just a few days before the Winter Games open. According to the organising committee’s estimates, it will then take about 50 minutes to get from the Beijing competition area to the Yanqing competition area, and an hour and a half to get from Yanqing to Zhangjiakou, the third cluster of competition venues. In case of heavy snowfall, a staff of more than 340 people will be mobilised to clear the roads around the Olympic venues and routes.