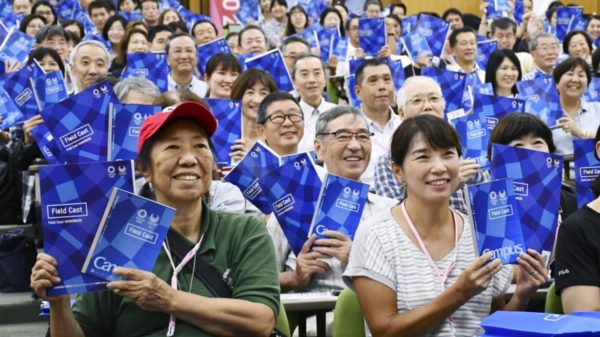 With 25 days to go before the opening ceremony of the Tokyo Games, the “Olympic” vaccination campaign is getting a serious boost. According to the Japanese daily Nikkei, the organisers will provide doses of vaccine to all volunteers recruited for the Olympic and Paralympic Games, some 70,000 people. It was not specified what vaccine would be offered or when the operation would start, but it would include all volunteers who could not yet be vaccinated. NHK revealed in early June that 10,000 of the 80,000 volunteers recruited by the organising committee had decided to drop out.