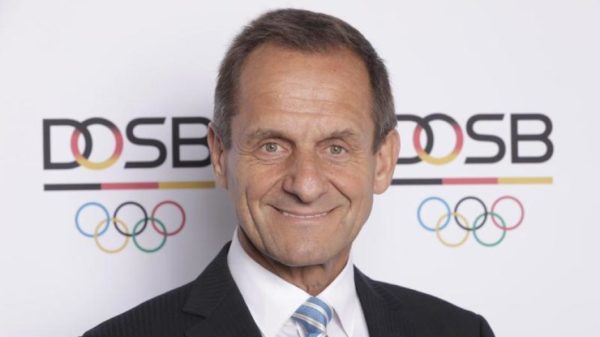 This is the end for Alfons Hörmann. The current president of the German National Olympic Committee (DOSB) announced on Wednesday, June 16th, via a press release that he will not seek a new mandate in December 2021 at the next general assembly of the body. The DOSB vice-president in charge of finance, Kaweh Niroomand, will also hand over the keys of his office. This announcement is not a thunderclap. In office since December 2013, Alfons Hörmann had been in the hot seat since the beginning of May, with the revelation of an anonymous letter from some of the National Olympic Committee’s staff, denouncing a climate of distrust, a culture of harassment and bullying and intense pressure at the DOSB. The matter was referred to the Ethics Commission, chaired by former Federal Minister of the Interior Thomas de Maiziere. It recommended organizing new elections in December. Not surprisingly, Alfons Hörmann will not be a candidate. “In the last seven and a half years we have done everything to professionalise the DOSB and national sport and give it a voice that is heard and listened to,” he said in a statement. “We have achieved a lot together. But I would like, in December, to pave the way for a new beginning.” An interim presidium will be in charge of the transition, especially for the Tokyo Games and the preparation of the 2022 Winter Games in Beijing. Alfons Hörmann, 60, former president of the German Ski Federation, was elected in December 2018 for a new four-year term, without any opposition.