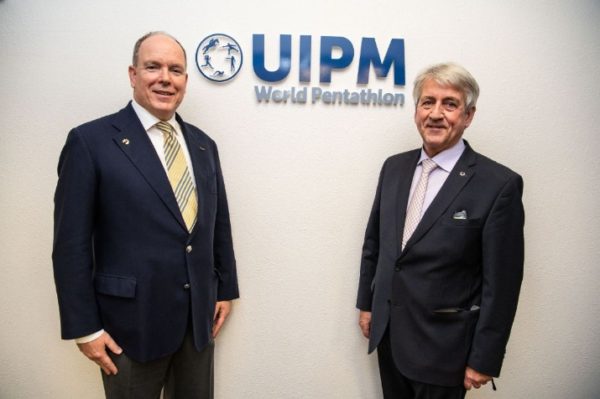 Unlike a growing number of sporting bodies, the UIPM has not chosen to change its name. It continues to bear the name of the Modern Pentathlon International Union. In French (l’Union Internationale de Pentathlon Moderne). But it has recently packed its boxes to move into new premises. The new UIPM headquarters, still located in the Principality of Monaco, was officially inaugurated on Thursday 3 December by Prince Albert II of Monaco, honorary president of the international body. The UIPM is now installed in more spacious offices at the Stade Louis II, in the Fontvieille district of Monaco, where the international organisation took up residence in July 1997. The UIPM was created in 1948 in Sandhurst, United Kingdom, during the London Olympics. Today it has more than 120 member federations. Its latest initiative, which will be discussed next week by the IOC Executive Board: a new format for the Olympic events at the 2024 Paris Games, with the five disciplines of the modern pentathlon played in 90 minutes on the same competition site.