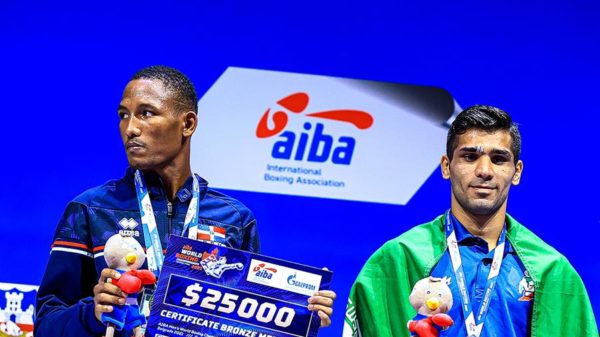 AIBA broke its piggy bank for the men’s world championships, which ended on November 6 in Belgrade, Serbia. The international body, which has been under Russian control since the election of Umar Kremlev as president at the end of last year, not only distributed cash bonuses to the medallists for the first time (100,000 dollars for the winners). It also announced that it had helped 18 national federations, as part of a new support programme designed to promote equal opportunities: Cameroon, Colombia, Dominican Republic, Ecuador, Georgia, Guatemala, Guyana, Haiti, Nepal, Nicaragua, Palestine, Puerto Rico, Tanzania, Bahamas, Trinidad and Tobago, Seychelles, Sierra Leone and Venezuela. Four of these countries have medalled at the 2021 Men’s World Championships. The AIBA support included travel and accommodation costs for team members. Financial support was also provided to a new type of team, called “Fair Chance”, made up of boxers who are refugees or who cannot represent their country of origin for humanitarian reasons.