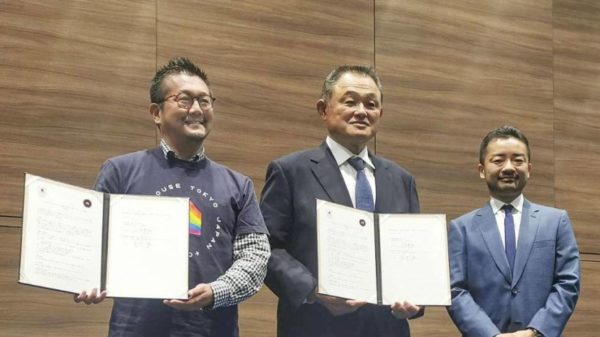 The legacy of the Tokyo Games is slowly being put in place in Japan. The Japanese Olympic Committee (JOC) signed a partnership agreement with Pride House in the Japanese capital earlier this week. Its objective: to promote integration in the world of sport. Commented JOC President, former judoka Yasuhiro Yamashita: “I think it is very important today to deepen our understanding of the issue of sexual diversity in the world of sport. It must be part of the legacy of the Tokyo Games.” During the last summer Olympic Games, Pride House organised meetings and seminars for national and international sports organisations to raise awareness of the issue of sexual diversity. The partnership signed on Monday 13 June in Tokyo foresees a similar series of seminars for sports federations that are members of the Japanese Olympic Committee.