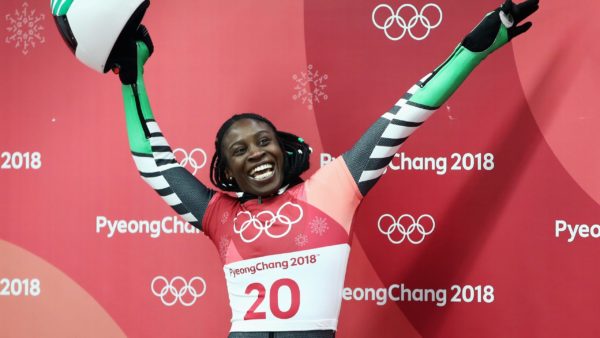 Is bobsleigh sexist? Nigerian Simidele Adeagbo, a monobob and skeleton specialist, thinks so. And she’s not shy about saying so. The African athlete has lodged an official complaint with the International Bobsleigh and Skeleton Federation (IBSF), alleging discrimination in the quotas allocated to men and women. The case was revealed by Reuters, which has seen a letter sent by Simidele Adeagbo to the IBSF. In it, the athlete explains that she was excluded from the single mob competition at the 2022 Beijing Games because of an “insidious and deliberate gender disparity in the number of places available for men and women.” According to her lawyers, this discrimination prevented her from participating in the Olympic competition. At the Beijing Games, 28 places are allocated for men in the four-man bobsleigh and 30 places in the two-man. For women, the quotas are smaller: 20 places in the single bob and 20 in the two-man. Simidele Adeagbo’s reaction: “When I saw that the monobob was added to the programme, I thought it would be great. But the reality is different. There are not so many opportunities. Once again, women are being left at home.” The Nigerian athlete said she will appeal to the Court of Arbitration for Sport (CAS) next week if she does not win her case with the IBSF. In her letter, she points out that the IBSF and the IOC are supposed to allocate an equal number of quotas in bobsleigh for men and women.