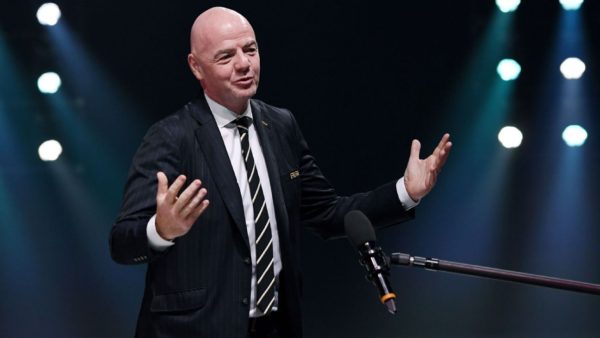 Gianni Infantino is heading straight for another term as FIFA president without any visible obstacles. The Italian-Swiss leader has not yet had a declared opponent for the election, scheduled for next year during the body’s 73rd congress. And he is multiplying his support. The latest came from the Confederation of African Football (CAF). The continental body met in a general assembly on Wednesday 10 August in Arusha (Tanzania) and gave its votes to the outgoing president. Patrice Motsepe, the president of CAF, assured that the 54 member associations will vote for Gianni Infantino next year. “We discussed at the executive committee meeting that in recognition of the enormous contributions, commitment and record you have built in terms of improving African football, the 54 member nations have taken a resolution to vote for you for re-election,” the South African billionaire announced while addressing Gianni Infantino, who was present in Arusha on Wednesday.  First elected to head FIFA in February 2016, the Italian-Swiss was re-elected unopposed in 2019. With 54 member countries, CAF represents more than a quarter of the 211 associations affiliated to FIFA.