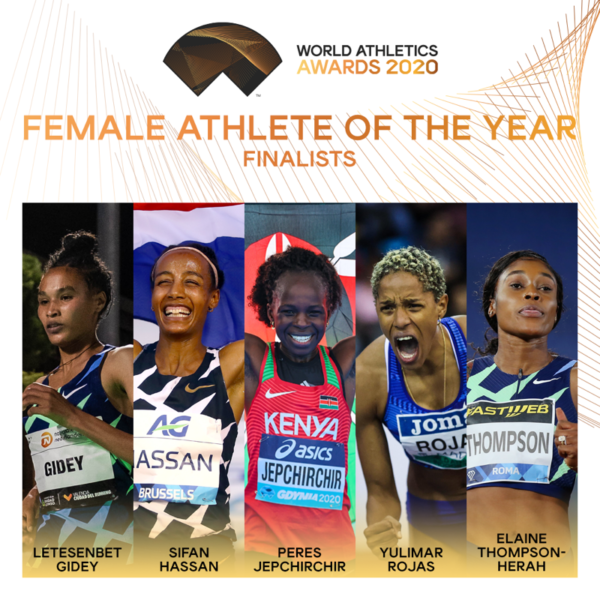 After the men, it’s the women’s turn. World Athletics has unveiled the list of five finalists for the title of World Female Athlete of the Year 2020. Unlike the male panel, dominated by Europe, Africa takes the best share, with two nominees, but three continents are represented. The victory will be played between the Ethiopian Letesenbet Gidey (5,000m), the Dutch Sifan Hassan (middle distance, long distance), the Kenyan Peres Jepchirchir (half marathon), the Venezuelan Yulimar Rojas (triple jump), and the Jamaican Elaine Thompson-Herah (100m). The winner will be announced on December 5 at the World Athletics Awards, which will be held for the first time in virtual mode.