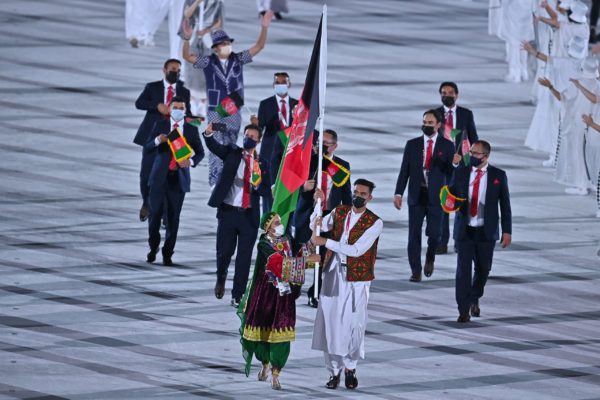 The threat is serious. The IOC announced it on Tuesday 6 December, at the end of the second day of its Executive Board meeting: Afghanistan could be banned from participating in the Paris 2024 Games. The IOC said it had received a full report on the Olympic and sports movement in Afghanistan since the Taliban regime took power in 2021. It says it has “expressed serious concern and strongly condemned the latest restrictions imposed by the Afghan authorities on women and girls in Afghanistan, which prevent them from participating in sport in the country.” At this stage, no formal decision has been taken regarding the presence of an Afghan delegation at the Paris 2024 Games. But it is now subject to conditions. The IOC is calling for “safe and inclusive access to sport for women and girls“. It warns that “Afghan teams and delegations participating in international sports competitions and events must not only include female athletes living abroad, but also female athletes living in Afghanistan.” Finally, it is spelled out that “Afghan sports institutions belonging to the Olympic movement must be able to include women as members of their governing bodies and at all levels of their management and administration.” For the time being, the IOC assures that its support for Afghan athletes will continue, including through Olympic Solidarity grants, but that a team’s participation in the Paris 2024 Games will depend on “progress on the fundamental issue of safe access to sport for women and girls in the country.” As a reminder, the IOC suspended the Afghan National Olympic Committee in 1999, during the previous Taliban rule.