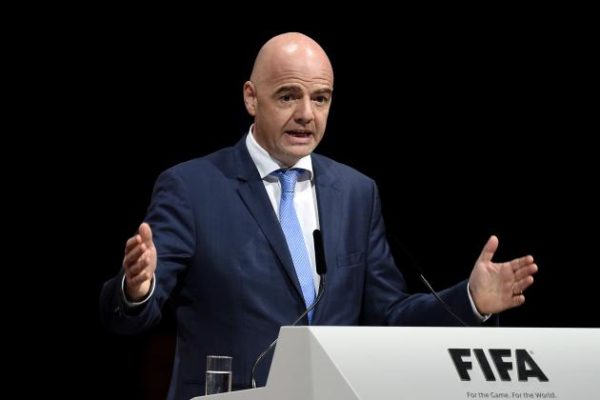 Gianni Infantino continues to move forward. The FIFA president has once again defended his project of a World Cup every two years. But surprisingly, he is now talking about the possibility of not allowing teams to play in two consecutive editions. “We need more participation, and maybe there is a way to do it by having two World Cups, but not with the same teams participating,” Gianni Infantino said during an hour-long meeting with UEFA officials, a recording of which was obtained by AP. “It’s something that the technicians will study, but it’s certainly something we need to look at.” According to the FIFA president, this highly unexpected idea, unheard of in the sporting movement, was thought up by Tiago Craveiro, the general secretary of the Portuguese Football Association. Faced with UEFA, which has been opposed from day one to the scenario of a World Cup every other year, Gianni Infantino adopted a very corporatist stance, believing that football should not be divided but should remain united in order to face up to the competition from other sports. “The enemy of football is not the World Cup or FIFA, but the other disciplines that young boys and girls are chasing,” the Swiss-Italian leader suggested. Alexander Ceferin, UEFA’s president, recalled that clubs and leagues were very much at risk with such a project, and therefore could not be left out of the debate and decision-making process. But Gianni Infantino insists that Europe and its 55 member associations are not alone in this. “We cannot simply make new proposals on the basis of Europe’s comments. We have to respect everyone’s opinions,” explained the FIFA president. A summit will be held on December 20th to discuss the plan to hold the World Cup in even years. The 211 national federations that are members of the body will meet by video conference “to discuss the future of football after being informed in detail of the consultation process underway on the subject”. The summit will have the “objective of reaching an agreement” on the international calendar. However, no vote will be proposed to the member federations at the end of the consultation.