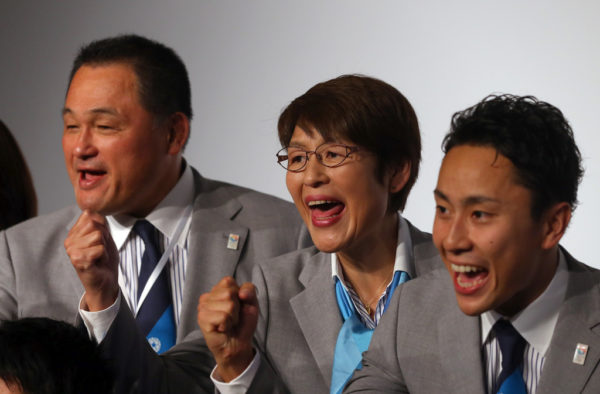 It is done. As announced, the Tokyo Games Organising Committee on Wednesday (March 3rd) upset the gender balance on its board of directors without restraint. Twelve female members have been invited to join the decision-making body, an addition that now brings the number of women on the board to 19, or 42 percent of the membership. The new members have been chosen from various fields in order, the organising committee explains, “to reflect the diversity of opinions“. Among them are Takahashi Naoko, the marathon gold medalist at the Sydney Games, and Obinata Kuniko, two-time alpine skiing gold medalist at the Paralympic Games (1998 and 2006), current president of the Japanese Paralympians Association. Other members include a leader of the Japanese Rugby and Football Union, an official of the Japanese Olympic Committee, the head of a Tokyo disabled sports association, four university professors, a business manager, a lawyer, and the leader of a group of Ainu, an ethnic minority present in Japan and Russia. The Tokyo 2020 board of directors also decided to choose a woman, former volleyball player Yuko Arakida (pictured above, center), to take the seat of vice president. Her mission will be to ensure respect for and promotion of gender equality and diversity at the Tokyo Games.