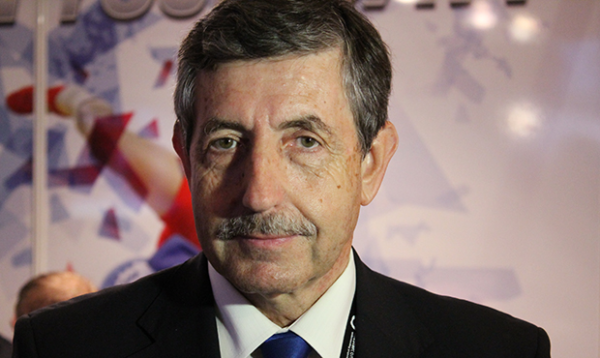 A page will soon be turned for the International Canoe-Kayak Federation (ICF). Its annual congress has been postponed twice and will take place from November 4th-6th, 2021, in Rome. It will be marked by the election of a new president. At the helm since 2008, the Spaniard José Perurena (photo above) has announced his decision not to seek a fourth term. Two men will face each other to succeed him: the German Thomas Konietzko and the Russian Evgenii Arkhipov. The former has been involved in canoeing since 1978, first as an athlete, then as a coach and finally as a leader. President of the German Canoe Federation, he has been a member of the ICF board since 2012, and its vice-president since 2016. Evgenii Arkhipov, on the other hand, started in the discipline as an athlete in 1976. He has been President of the Russian Canoe Federation since 2008. There are four candidates for the three vice-presidential seats, including Argentina’s Cecilia Farias, who is guaranteed to keep her position as she is the only woman in the run (the ICF statutes stipulate that at least one vice-presidential position must be held by a woman). On the other hand, Frenchman Tony Estanguet, the president of the Paris 2024 OCOG, is not seeking a new mandate as vice-president of the body. Initially scheduled for November 2020 in the Philippines, the ICF Congress was postponed in October 2021 to Thailand. However, it has been deprogrammed because of the sanitary crisis.