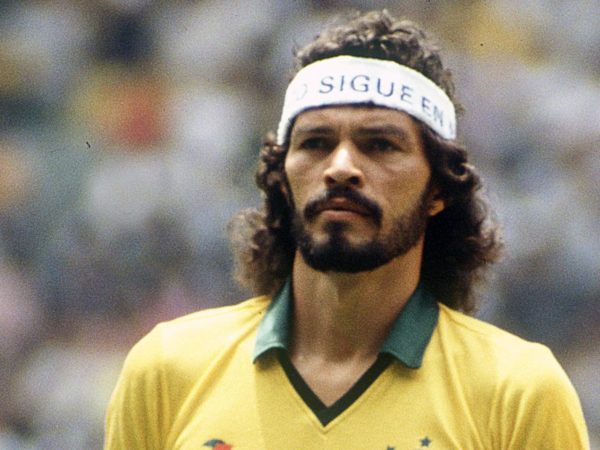 Peace and Sport is innovating. The Monaco-based organisation has announced that it has joined forces with the L’Equipe group to create a new trophy to be awarded next month at the Ballon d’Or 2022 ceremony. The “Socrates Prize”, named after the former Brazilian player (pictured above), will be awarded each year to a male and female footballer involved in social and charitable projects. It will highlight initiatives in favour of social integration, environmental development or aid to populations in great need or victims of conflict. The prize will be awarded by a jury of seven people, including two members of Socrates’ family, two representatives of the L’Equipe group, and two representatives of Peace and Sport. This year’s jury was made up of Rai, the former captain of the Brazilian national team and younger brother of Socrates, Sóstenes, director general of the Gol de Letra Foundation, Joël Bouzou and Jean-Jérôme Perrin-Mortier, president and director general of Peace and Sport, and Jérôme Cazadieu and Pascal Ferré, editor-in-chief of France Football. With this new award, the Ballon d’Or ceremony, scheduled for 17 October at the Théâtre du Châtelet in Paris, will award seven prizes.