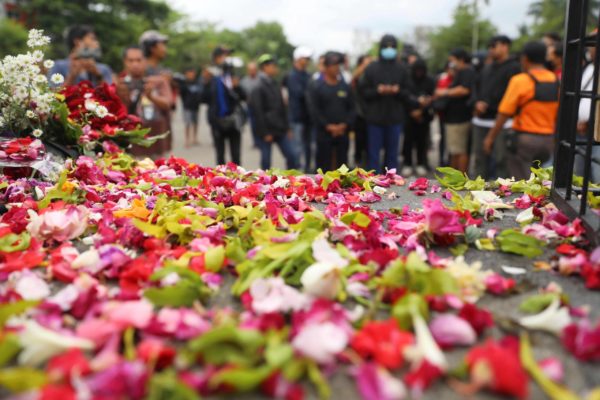 Will Indonesia recover? Three days after the tragedy in Malang, where 125 people died in a football stadium after a stampede that was poorly contained by the police, the country’s future as a host of major sporting events seems in doubt. Under the impetus of the head of state, Joko Widodo, Indonesia has increased its bids in recent years, both at continental and world level. It has expressed its wish to organise the Summer Olympics, in 2036 at the earliest. It has offered to host the Asian Football Cup in 2023 as an alternative to China. It is due to host the Under-20 World Cup next May. But for Paul Wertheimer, an American expert in crowd management, interviewed by AFP, the drama in Malang “certainly tarnishes the reputation of the country as well as the reputation of football. They can’t escape it. But it’s what Indonesia does now that will determine whether that reputation is confirmed or not, whether they can learn from this tragedy and set safety standards that will impress the world.” For Mustafa Izzuddin, a professor of international relations at the Islamic University of Indonesia, the focus of the international community will be on the country’s ability to host future sporting events. “This is a crucial moment for Indonesia, to ensure that any investigation is credible and that sanctions are enforced,” he suggests. “More importantly, Indonesia needs to assure the football community at large that it is committed to reducing violence in football.” In the immediate future, the Malang police chief has been sacked, the national police spokesman announced on Monday (3 October). At the same time, nine police officers have been suspended. As for the Indonesian President, Joko Widodo, he announced through his Minister of Security his decision to allocate to the families affected by the tragedy the sum of 50 million rupiahs, or about 3,200 dollars, for each deceased victim.