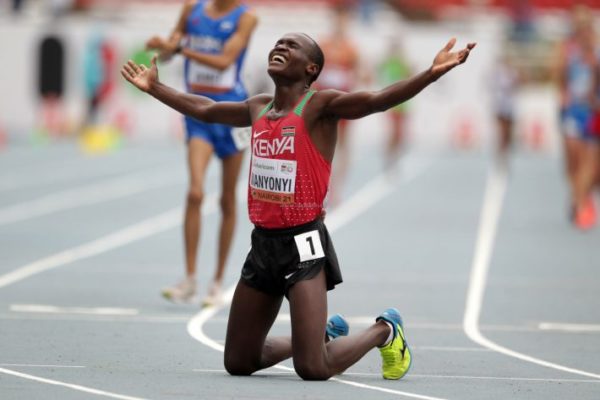 After Tokyo, a second city is bidding to host the 2025 World Outdoor Athletics Championships. On Tuesday, October 5th, Kenya confirmed Nairobi’s bid, announced two years earlier by Amina Mohammed, the Kenyan Minister of Sport. “We have held two very successful World Junior Championships at Kasarani Stadium in 2017 and August 2021, where a number of world and personal records were set,” explained Jackson Tuwei, president of Athletics Kenya. “We have learnt a lot from hosting these two events and now, logically, it is our turn to host the flagship event”. Africa has never hosted the major event on the World Athletics international calendar. Sebastian Coe, the president of the body, has regularly stressed this, inviting African countries to apply. But the British leader also explained that he wanted to see the new Olympic stadium in Tokyo, built for the 2020 Games, host the world event quickly. The 2025 edition of the outdoor World Championships is therefore shaping up to be a match between Tokyo and Nairobi. For World Athletics, whose decision is expected in March 2022, it will be a question of choosing between safety and audacity. The next outdoor World Championships will be held in Eugene (USA) in 2022, followed by Budapest the year after.