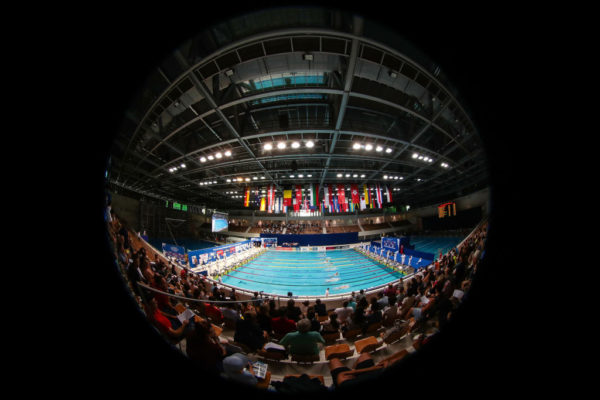 FINA is playing the compact card. The world swimming body has unveiled the calendar for the World Cup in the small pool (25 m) for the year 2022. It includes three stages, grouped together in less than a month. The world circuit will start in Berlin, Germany, from 21 to 23 October (photo above), before making a double stop in North America, in Toronto (Canada) from 28 to 30 October, then in Indianapolis (USA) from 3 to 5 November. The German capital has already hosted 17 FINA events since 2000, including a World Cup stop last year. In Canada, Toronto is hosting its first World Cup since 1988. Indianapolis, one of the most important swimming venues in the USA, has already served as the final stop on the 25m world circuit last year. For the 2022 season, the World Cup will be held in a very busy schedule, between the 19th FINA Olympic World Championships in Budapest (18 June – 3 July) and the 16th 25m World Championships in December. The World Cup is expected to bring together more than 750 swimmers from 40 countries on five continents. It will pay out a total prize pool of 1.2 million dollars.