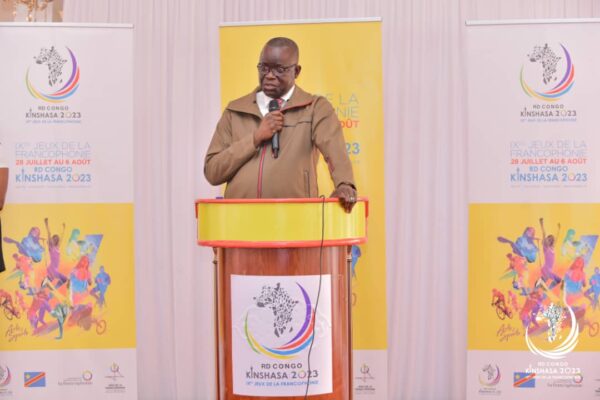 Very trendy. The director of the national committee of the 9th Games of La Francophonie (28 July – 6 August 2023 in Kinshasa), Isidore Kwandja (photo above), announced on Saturday 14 January at a press conference: the mascot of the sports and cultural event will be the subject of a national competition. The competition started immediately after the announcement and will end on 28 January. Open to candidates aged between 18 and 35, the aim of the competition is to propose a mascot that will “symbolise the identity and values of the Games of La Francophonie and the host country”. The jury will be composed of a communication expert, a teacher from the National Institute of Arts, an art teacher from the Academy of Fine Arts, a member of the organising committee and a “normal citizen”. The winning mascot will be officially presented on 10 March. The winner will receive a cheque for $5,000.