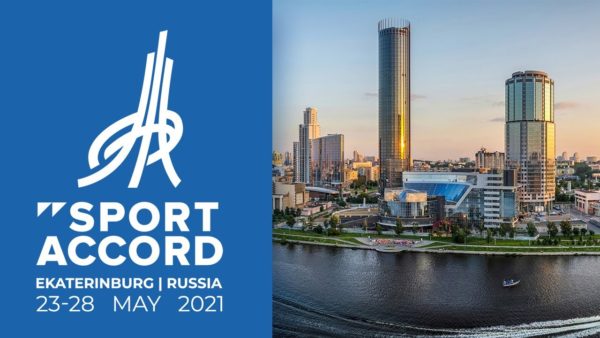 Anything but a surprise: the next edition of SportAccord is moving further back in the calendar. The organisers announced on Wednesday, April 7th, via a statement, that the international sports convention would finally take place from November 7th to 12th, 2021. It is being held in Ekaterinburg, Russia, at the IEC Ekaterinburg-Expo. After the cancellation of the 2020 edition, which was to be held in the spring in Beijing, SportAccord 2021 was scheduled for May 23-28. But the health crisis forced the organisers to decide on a further postponement. Through a domino effect, the annual Forum of International Federations, also organised by SportAccord, is doing the opposite. Traditionally offered in the fall in Lausanne, it is brought forward to May 25th, 2021. However, due to the health crisis, it will be held in virtual mode. On the same day, the organisers have planned a virtual celebration of the launch of SportAccord 2021, at the end of the Forum of International Federations.