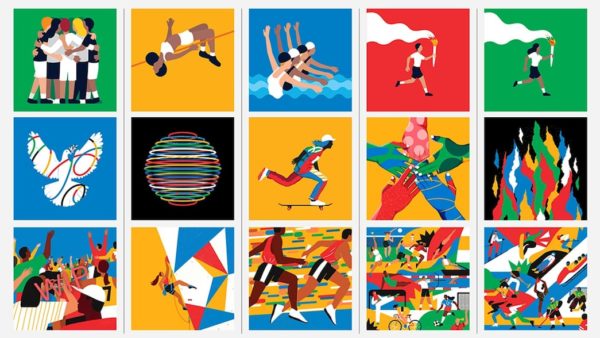 The IOC’s visual identity is getting a facelift. The Olympic body unveiled its new version on Wednesday 28 September, “inspired by over a century of design heritage”. The IOC explains that while the Olympic rings, created by Pierre de Coubertin in 1913, are among the most recognised symbols in the world, the time had come to “create a comprehensive core identity, designed for use across all media and channels.” The result uses three custom fonts and a series of graphic devices and illustrations. “Each element was designed to reflect the Olympic brand’s qualities of hope, universality, inclusion, dynamism and progress, for use in publications, digital media or environmental designs, among others,” explains Marie Sallois, the IOC’s director of brand management. The full roll-out of the brand is expected to be completed for the Paris 2024 Games, with all future editions of the Games and Youth Olympic Games to feature the new visual identity for the Olympic brand. In the coming months, a new series of Olympic and universal pictograms will also be launched. The new design system was created by the Canadian agency Hulse & Durrell, in collaboration with the IOC and a team of international artists, typographers and designers.