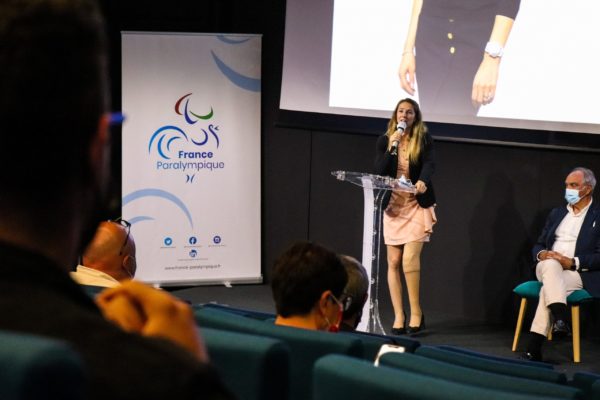 No bad surprises for Marie-Amélie Le Fur. The three-time Paralympic champion in athletics was re-elected on Monday, July 5th, for a second term as president of the French Paralympic and Sports Committee (CPSF). The only candidate in the race, she was unanimously re-elected for a new 4-year term. She will therefore lead the French Paralympic movement at the Paris 2024 Games. “The challenges ahead of us are great, when it comes to structuring parasports and the high-level dimension, but also around the preparation and legacy of the Paris 2024 Games along with the organising committee”, she explained after her re-election. “We will continue to work closely with the different actors of the French sports movement and the State to make sport a central element in the lives of people with disabilities.” Born on September 26th, 1988, Marie-Amélie Le Fur has been selected for the Tokyo Paralympic Games, where she will end her sporting career. In 2018, she succeeded Emmanuelle Assmann as President of the CPSF. This year, she joined the Economic, Social and Environmental Council (EESC) on the CNOSF’s proposal. With her re-election, the French sports movement is now led by two women, Brigitte Henriques at the CNOSF and Marie-Amélie Le Fur at the CPSF.