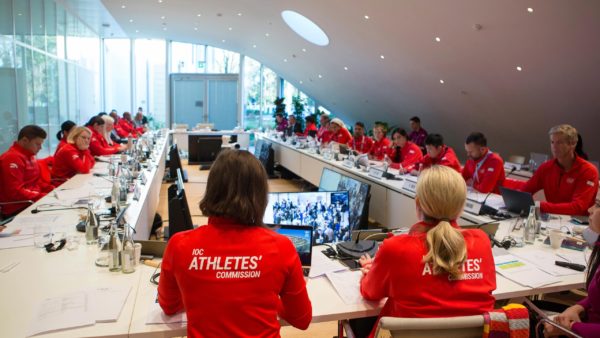 A step forward. Last weekend, the IOC Executive Board presented the new guidelines for Rule 50.2 of the Olympic Charter about athletes’ freedom of expression at the Games. As expected, they show some relaxation, but it remains very controlled. At the Tokyo Games, competitors will be able to express their opinions in press areas (mixed zones, media centres, press conferences), including when speaking to journalists, during team meetings, on traditional or digital media, on social networks, and finally on the competition area before the start of the event (i.e. after leaving the “call room” – or its equivalent – or during the presentation of the athlete or team). However, it is important to note that the expression of opinion must be in accordance with the fundamental principles of Olympism, must not be directed, directly or indirectly, against persons, countries or organisations, and must not have a disruptive effect. This last notion may seem rather vague, but the IOC explains that it will not be permitted, for example, to express an opinion during the national anthem and/or the presentation of another athlete or team. Nor will it be permitted to display a flag or banner. The new guidelines are the result of a consultation launched by the IOC Athletes’ Commission in June 2020 with over 3,500 athletes representing 185 NOCs and all 41 Olympic sports.