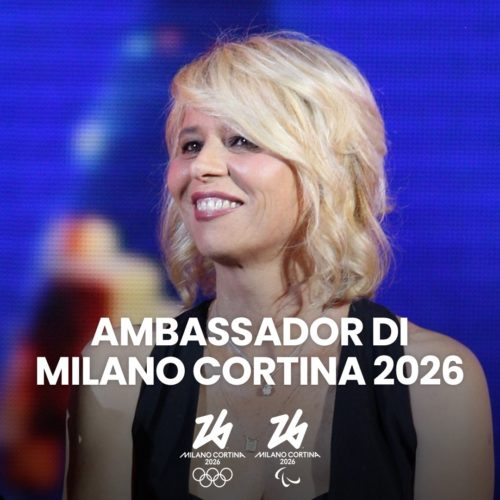 With less than four years to go before the event, the Organising Committee of the Milan-Cortina 2026 Winter Games has completed its collection of ambassadors. The first batch of ambassadors was made up exclusively of current and former athletes, including skiers Deborah Compagnoni, Sofia Goggia and Alberto Tomba, swimmer Federica Pellegrini, and football player Francesco Totti. The newcomer belongs to another category: Maria De Filippi is a television presenter. Originally from Milan, she has been presenting a reality show, Amici di Maria De Filippi, on La5 for over ten years. The new ambassador for the upcoming Olympic and Paralympic Winter Games was inducted on the last show, during which Sofia Goggia, the 2018 Olympic downhill champion, presented her with the official ambassadorial jacket for Milan-Cortina 2026 live.