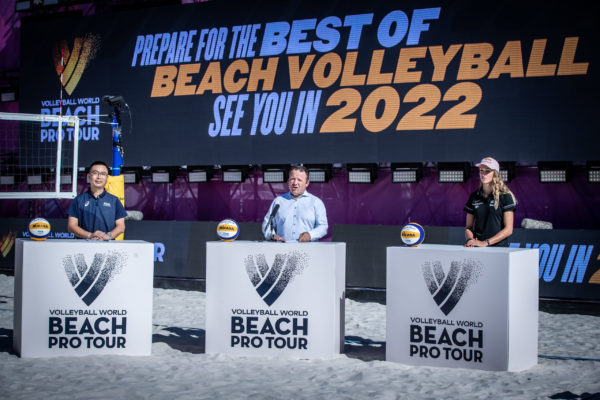 Revolution in sight on the beach volleyball courts. The International Federation (FIVB) and Volleyball World, its commercial entity, announced on Saturday, October 9th, that a new world circuit will be launched next year. Called the Beach Pro Tour, it will replace the current Beach Volleyball World Tour. Beyond the change of name, this new circuit will be very different from the current version, as it will have three divisions: Elite 16, the top of the pyramid, where the 16 best pairs in the world will be grouped, with four pools of four and a final phase with direct elimination; Challenge with 24 pairs; and finally Futures where 16 teams will meet. From 2022 onwards, the Beach Pro Tour will visit Brazil, Mexico, Australia, South Africa, Egypt, Qatar, China, Spain, Switzerland, Latvia and the Czech Republic (several other countries are expected to be chosen later). The tour will culminate in a final where the top 10 male and female pairs will be invited. The creation of the Beach Pro Tour is the first concrete achievement of Volleyball World, the partnership between the FIVB and CVC Capital Partners Group, conceived by the international body to “stimulate growth, innovation and investment in volleyball around the world.”