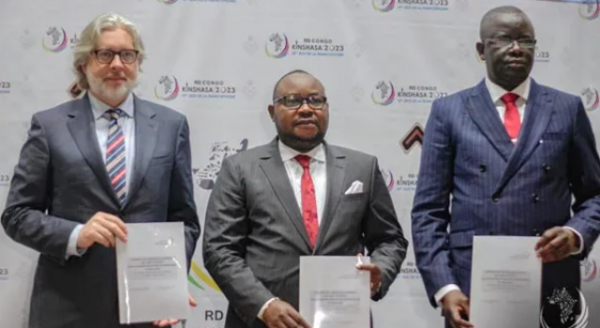 It’s done. The Congolese authorities and the International Organisation of La Francophonie (OIF) have made the dates of the next edition of the Games of La Francophonie official. The sporting and cultural event will take place from 28 July to 6 August 2023 in Kinshasa. A new calendar had been announced after the decision to postpone the Games for a second time, but it is now written in black and white in an addendum signed last week by both parties (photo above). The document also redefines the deadlines set out in the specifications, the provisional budget and the competition venues. As a reminder, the organisation of the 9th edition of the Games of La Francophonie was awarded to the DRC in July 2019, after New Brunswick, in Canada, gave up. The event was initially scheduled to take place from 23 July to 1 August 2021, but was first postponed by one year due to the COVID-19 pandemic. A further postponement was decided by the IOF Permanent Council due to delays in preparation.