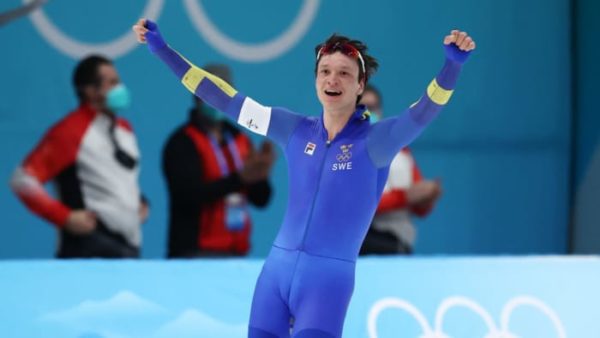 A nice gesture. Sweden’s Nils van der Poel, double Olympic champion in speed skating at the 2022 Beijing Games, has donated one of his two gold medals to the daughter of a Swedish citizen detained in China. Winner of the 5,000m and 10,000m in Beijing, Nils van der Poel donated the gold medal in the longer of the two distances to Angela Gui, whose father, Gui Minhai, has been imprisoned in China for two years. The Swedish skater has called for his release by the Chinese authorities. “Some issues in this world are much more important than sport, he posted on social media. I hope this can be a glimpse of hope for solidarity in this dark hour.” Gui Minhai, who was Chinese by birth but a naturalized Swedish citizen, was co-owner of a bookstore in Hong Kong, known for selling some of the books that were hostile to the Chinese leadership. He disappeared in 2015 while in Thailand and was found a few months later in China. He was convicted of “illegally providing information abroad” and sentenced in 2020 to ten years in prison. According to the Chinese authorities, he admitted his crime. “I hope that the human rights situation in China will improve and that Gui Minhai will be released“, said Niels van der Poel. The Swede said he preferred to wait until he had left China to speak out because he feared for his safety if he chose to do so during the Beijing Games.