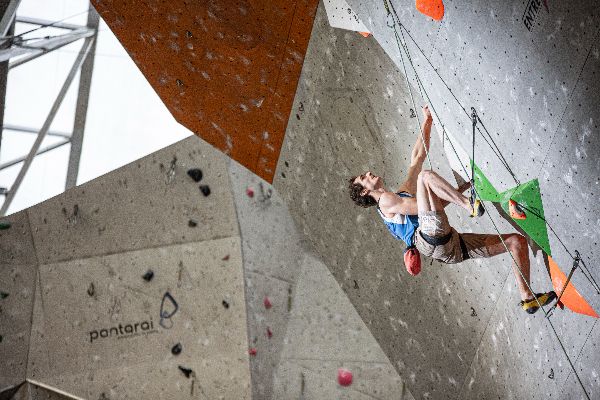 The year 2023 promises to be a busy one for climbing. Its international body, the IFSC, has unveiled the calendar for a pre-Olympic season that will include 12 World Cup stages, two World Championships and a series of continental Olympic qualifiers. The 2023 World Climbing Championships will be held in Bern, Switzerland, from 1 to 12 August. They will distribute a first series of quotas for the Paris 2024 Games – three in bouldering and difficulty, two in speed – where the discipline will once again be an additional sport. The World Cup will start in April in Japan and end in September in China. In the meantime, it will have visited South Korea, Indonesia, the USA, the Czech Republic, Italy, Austria, Switzerland, France and Slovenia. After a fifth participation this year in the World Games in Birmingham (Alabama), followed by a remarkable debut at the European multi-sport championships in Munich, climbing will be on the programme of the European Games in Krakow-Malopolska (Poland) next year, and then the Asian Games in Hangzhou (China). Finally, it will also be on the programme of the Pan-American Games in Santiago de Chile (20 October to 5 November 2023). A first. The Pan-American Games will serve as a qualifying event for the Paris 2024 Games, as will five other continental competitions, held in Italy and France (Laval) for Europe, and in three venues yet to be determined for Asia, Oceania and Africa.