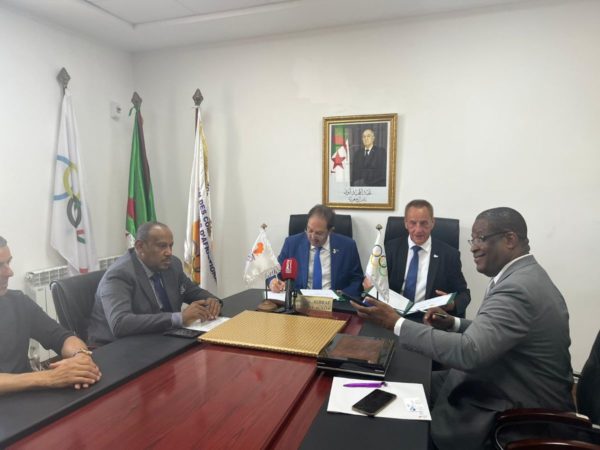 Will the future of canoe-kayak be played out in Africa? The International Canoe and Kayak Federation (ICF) announced the signing of an unprecedented partnership agreement with the Association of African National Olympic Committees (ANOCA) on Thursday, July 28. It was initialed in Algiers by Mustapha Berraf, the president of ANOCA, and Thomas Konietzko, his counterpart of the ICF. Objectives: to develop the practice on the African continent, to advance the elite and allow easier access to recreational disciplines. The agreement includes a pilot project financed by the ICF to develop sustainable structures in national federations, with the ambition to detect and train new talent. It will focus on training local coaches and officials and supporting club activities to encourage children and young people to take up canoeing. A continental leader will be appointed to provide assistance in close coordination with the national federations. He or she will work with two national federations every six months. The first two countries involved will be Egypt and Nigeria. The partnership between ICF and ANOCA also includes a section dedicated to the preparation of the 2026 Youth Olympic Games in Senegal, with the objective of qualifying as many representatives of African countries as possible.