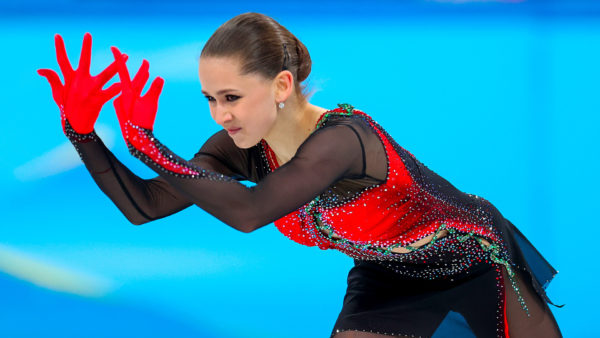 Excluded from the international sports movement since the start of the invasion of Ukraine, Russia is now organising to offer its athletes competitions in the country. A circuit of six official figure skating events, called the Grand Prix, has been confirmed by the Russian Skating Federation. They will take place in five cities – Moscow, Kazan, Perm, Sochi and Samara – between October and November. The Russian skating elite is expected to attend, including the young Kamila Valieva (pictured above), the reigning world champion at the centre of a doping scandal at the 2022 Winter Games in Beijing. She is expected to perform in Moscow from 21 to 23 October, and then in Kazan in November. Her hearing before the Russian Anti-Doping Agency (RUSADA) is scheduled for late September or early October. Beijing Olympic silver medallist Alexandra Trusova will be in Sochi in October and Samara in November. Former world champion Elizaveta Tuktamysheva will compete in the second stage in Moscow in November and then in Perm later in the month. The winners of each stage of the Russian Grand Prix will receive 500,000 roubles ($8,500), with second and third place taking 300,000 and 200,000 roubles respectively.