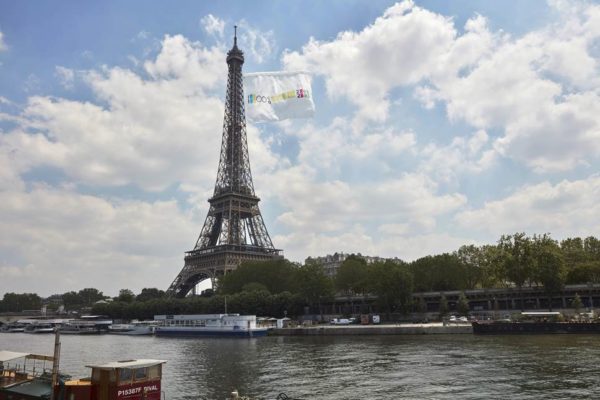 It’s on. Or almost. With two months to go before the closing ceremony of the Tokyo Games, Paris 2024 has started warming up for the handover of the Olympic flag, scheduled for Sunday, August 8th, in the Japanese capital. The OCOG carried out a full-scale test on the Eiffel Tower on Tuesday, June 8th, as part of the preparations for the festivities surrounding the handover ceremony with Tokyo 2020. A giant flag was hung on the building. On Sunday, August 8th, Paris 2024 and the City of Paris will offer the public the opportunity to experience the closing ceremony live from the Trocadero gardens, where a space will be set up for broadcasting, sports practice and celebration. “With less than 50 days to go until the opening ceremony of the Tokyo Games, we are thinking of our Japanese counterparts and looking forward to the start of the Games that we have missed so much,” explained Tony Estanguet, President of the OCOG. Like the Olympic and Paralympic athletes, Paris 2024 is also preparing for the Tokyo Games. “Today was just a test, but we are giving the general public in France and around the world a rendez-vous on August 8th for the first Paris 2024 Games ceremony.” For the occasion, the organising committee is offering two members of the Paris 2024 Club, whose membership now exceeds 140,000 people, the opportunity to fly over the capital with the Patrouille de France on Sunday, August 8th, during the closing ceremony of the Tokyo Games. The selection of the two lucky candidates (one man and one woman) will be based on a one-minute video posted on the Paris 2024 Club website. The candidates will have to present their motivation to participate in this historic moment. Particular attention will be paid to the candidates’ commitment and involvement in the sports movement, originality and creativity.