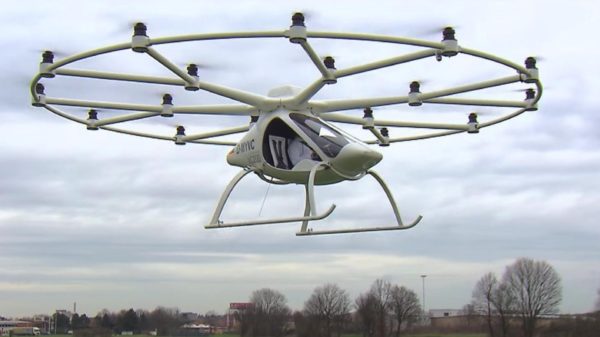 A flying taxi squadron at the Paris 2024 Games? It’s possible. Three years before the event, a German company, Volocopter, took advantage of a trade fair at Le Bourget airport, north of the capital, to carry out – and successfully complete – a first flight of its electric air taxi. The stated ambition is to put it into service for the Paris 2024 Olympic Games. The air taxi, very similar in appearance and design to a tiny helicopter, took off from Le Bourget airport and landed vertically after a three-minute flight of about 500 metres. Note that there were no passengers on board. But in its final version, it could accommodate two people and their luggage. According to Florian Reuter, Volocopter’s managing director, the aim is to offer a regular service during the Paris 2024 Games. The taxis would be operated by licensed pilots. “But over time, we want these vehicles to fly fully automated, so you won’t need a pilot’s licence anymore,” says Florian Reuter.