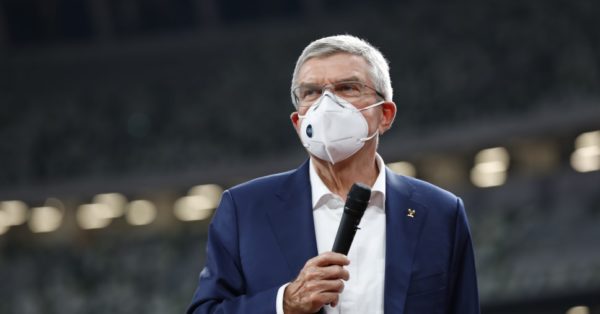 Thomas Bach is warned: his presence in Japan for the Tokyo Games is not appreciated by all. A group of Japanese civil rights activists filed a complaint on Monday, July 12th, to the Hiroshima prefectural authorities, hoping to obtain the cancellation of the IOC president’s visit. According to the complainants, Thomas Bach would seek to use the city of Hiroshima, where he planned to go on July 18th, the day of the beginning of the Olympic truce, for political purposes at a time when a majority of the Japanese population is still opposed to holding the Tokyo Games. His presence would be a “dishonor for the hibakusha”, the name given to the survivors of the bombardment of the city by the United States in 1945. John Coates, the vice-president of the IOC, plans to go the same day to Nagasaki, the other Japanese city devastated by an atomic bomb at the end of the Second World War. An online petition was launched last week by another civic group. It calls for the cancellation of Thomas Bach’s visit to Hiroshima, too. It had gathered more than 15,000 signatures in the early evening of Monday 12th.