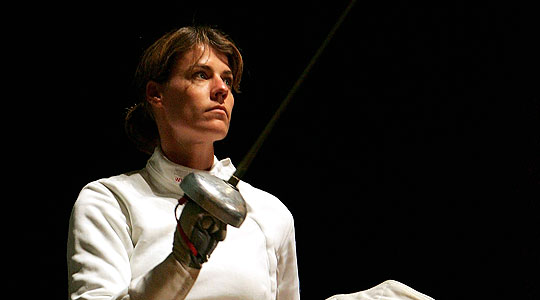 The landscape is becoming clearer in the German Olympic movement. After a consultation announced very broad, a selection committee has given birth to a list of three candidates to chair the National Olympic Committee (DOSB). The winner will succeed Alfons Hörmann, forced to resign after the publication of an internal letter, co-signed by part of the staff of the authority, accusing him of reigning a “culture of fear” within the organization. The election to the presidency, scheduled for next month, will be contested by three German sports heavyweights: Thomas Weikert, the future ex-president of the International Table Tennis Federation (ITTF); former fencer Claudia Bokel (photo above), current president of the German Fencing Federation and former president of the IOC Athletes’ Commission; and finally, politician Stephan Mayer, Secretary of State in the Federal Ministry of the Interior, Construction and Communities. The three candidates selected by the DOSB selection committee will present their programme and vision to the delegates of the national sports federations in mid-November. The election is scheduled to take place in December.