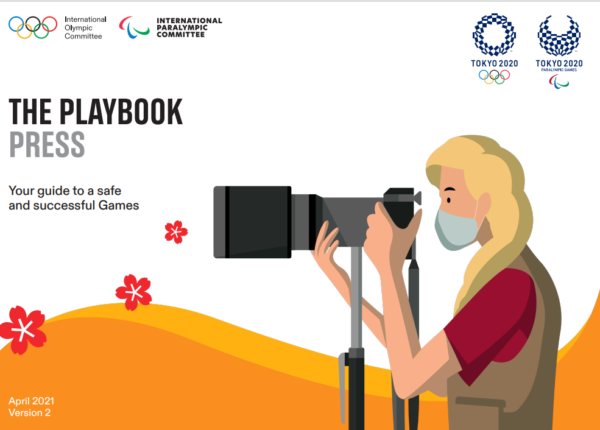 The IOC and Tokyo Games’ organizing committee took advantage of an online press briefing, at the end of last week, to detail and specify the sanitary measures that will be imposed on journalists during the Olympic event. They are written in the second version of the practical guide for the media – the playbook – published earlier by Japanese organizers. It was confirmed that the special envoys to the Games should display the results of two tests against COVID made during the last 4 days before their trip, the second one in the 72 hours preceeding the flight, upon their arrival in Japan. A new test will also be made when they land in Japan, before leaving the airport. However, there will be no quarantine or isolation for the first 3 days (provided they arrive in Japan from July 1st). It will be possible for the media to work from the first day on site. Tests will be performed daily during the first 3 days. They will be taken care of by the Organizing Committee and will take place at the workplace, mostly at the Main Press Center (MPC). Public transportation will not be allowed during the first 14 days. Private accommodations will not be allowed (Airbnb, rooms in private houses…). But it will be possible to stay in unofficial hotels, if they respect the implementation of the sanitary measures established by the government. During the first 14 days, the media will only be able to have meals on Olympic venues (MPC), in hotels’ restaurants, or in their own room. Each journalist must have a CLO (Covid liaison officer). Freelancers and organizations with only one special envoy will need to respect those rules. Finally, all press conferences will be held in virtual mode. But access to the athletes will be possible in the mixed zone of the Olympic village, respecting sanitary standards.