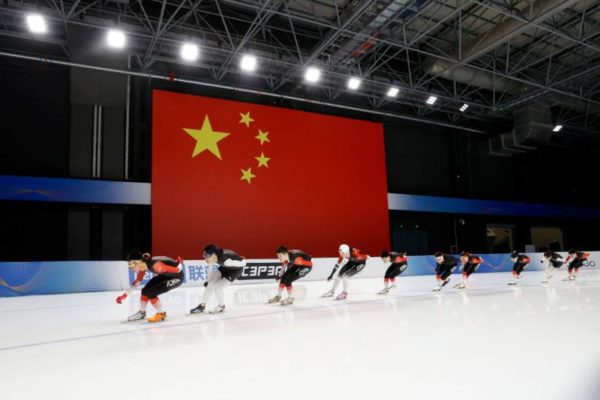 With less than three weeks to go before the opening of the Beijing Winter Games, the health issue remains dominant in the Olympic movement. But it does not completely overshadow the debate on human rights in China. At the initiative of the international organisation Human Rights Watch, a press briefing organised on Tuesday 18 January in virtual mode pointed out the risks that athletes could run if they decided to express their hostility to the Chinese regime at the Winter Games next month. A relaxation of the Olympic Charter now allows participants to express an opinion at the Games. They cannot do so on a podium, but they now have the right to do so in front of the media and on social networks. But the IOC makes it clear that the rules defined by the Olympic Charter must also respect “applicable public law”. This means that the laws in force in the host country cannot be circumvented without the risk of a sanction. To date, the IOC has not communicated on the conditions of application of the Olympic Charter’s rule on freedom of expression. A silence that Canadian Rob Koehler, executive director of the activist group Global Athlete, describes as “complicity” with China. “We know the human rights record and the allowance of freedom of expression in China, he suggested on Tuesday 18 January. So there’s really not much protection.” Faced with the risk of a sanction, the nature of which remains vague, human rights groups are recommending that athletes do not speak out during the Games, but wait to do so until they have left China and returned home.