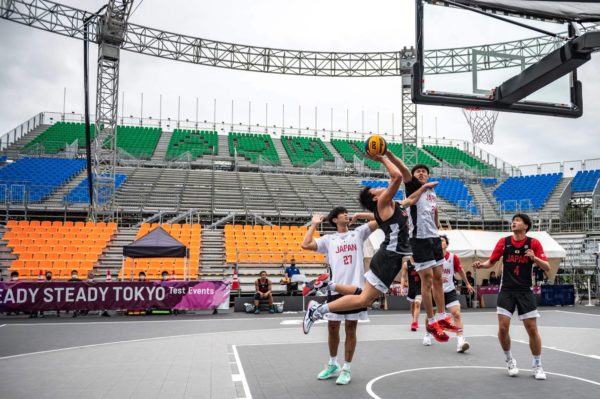 With less than ten weeks to go before the opening of the Tokyo Games, the Japanese organizers keep continuing the series of pre-Olympic events. The latest one, dedicated to 3×3 basketball, took place until Sunday, May 16th, at Aomi City Park, the Games’ venue. The test-event was held behind closed doors, but the media were allowed during the last of the three days of competition. The entry was exclusively Japanese, with 24 players all evolving in the country, including some candidates for an Olympic selection. As for the last pre-Olympic events, the competition was mainly used to re-test sanitary protocols prepared by Tokyo Games’ organizers. The players all underwent PCR tests before the start of the tournament. During the event, they were isolated in a sanitary bubble, all staying in a designated hotel, eating alone in their rooms and limiting their trips to the hotel and the competition site. They were asked to wear masks until the beginning of the games. The balls were disinfected before and after each match.